Many travelers experience apprehension and frustration when going through airport security. If you’re an infrequent traveler, that concern is heightened because you don’t know what to expect.

By preparing yourself in advance, you can minimize this uncomfortable part of travel.  Airport security is an ever-changing aspect of travel. Being unaware of a security requirement does not exempt you from the penalties that could ensue. For domestic flights, plan to arrive at the airport about two hours in advance of your scheduled departure. Allow more time for international flights.

To get a handle on some typical rookie mistakes, I stationed myself at a security checkpoint and boarding area of one of the largest airports in the U.S. I saw firsthand the frustration many travelers were experiencing. 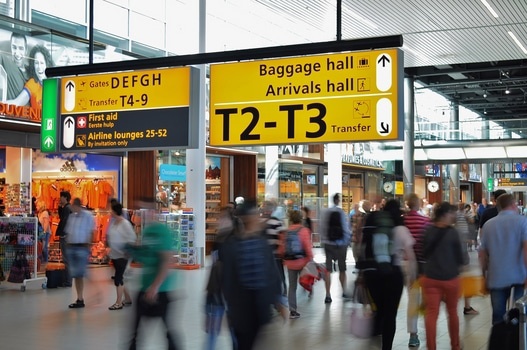 Have your Identification in hand prior to heading toward security:

Several people were struggling to get their ID out of their purse or wallets. The lines were moving and their hands were full of carry-on items or children. Keep your ID and boarding pass in your hand until you are all the way through security. Some larger airports require it at a few different checkpoints before you actually enter the screening process.

Avoid wearing shoes that are hard to get off:

Most airports do not have chairs when entering security, so you’ll need to be able to get your shoes off quickly and easily. There is usually a bench on the other side of security for putting them back on. Several women were struggling to get knee-high boots off and were feeling frustrated because they were holding up the line. 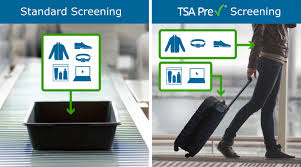 Pack your 3-1-1 liquids bag at the top of your carry-on so you can quickly remove it and put it in the security bin. Remove your jacket, hat, belt, and shoes and put those in the same bin. Your carry-on bag should be placed on the conveyor belt behind the bin.

Make sure your laptop is fully charged in case security asks you to turn it on. You may be required to open your laptop bag if you do not have a security-approved laptop bag. 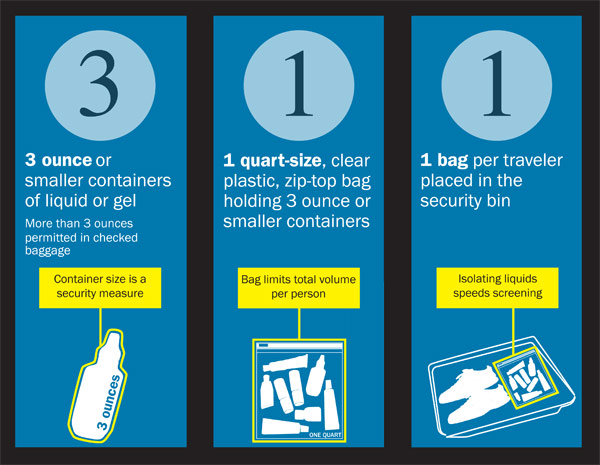 This is a mistake that many travelers make. They forget to put makeup items (mascara, lip gels, etc.), gel deodorants, or liquids in a quart-size bag or they carry liquids that exceed the 3.4 ounces limit.

These items had to be removed and were tossed into the dumpster. This held up the line and added to the anxiety travelers were already experiencing.

You can purchase water on the other side of security.

Powder items such as baby powder, coffee, or spices over 12 ounces will be subject to additional screenings and may get confiscated if they are considered a risk.

These items are exempt from the TSA liquid/gel rules. They can be over 3.4 ounces and do not have to be in a plastic bag. Prescription medications do not have to be in their original container, but it’s a good idea to do so since they may be subject to additional screening.

Pack them at the top of your bag so you can easily pull them out. They must be presented to the security officer at security checkpoints.

Avoid making unnecessary conversation with security guards and do not argue with them:

The security officers are there to do a job and it is important that you be polite and follow what they ask you to do. People that made unnecessary conversation with the officers drew attention to themselves and ended up having to go through additional screening. One man was arguing with a security officer over an apple that was removed from his bag and tossed. He ended up being detained. There is a picture inside the body scanner as to how to hold your arms and where to face. Be sure your feet are on top of the designated footprints. Wait until the security officer tells you to enter and exit.

Avoid wearing items that give the appearance of hiding something:

People that were wearing baggy clothing were sometimes required to go through a pat down. Some women wearing underwire bras also had to be patted down. Those wearing casts or wraps over injuries required additional screening for explosives. Be aware in advance that you may encounter additional screening. It is all done very quickly so you can move on without much delay.

Keep an eye on your security bin(s):

Retrieve your personal items out of the bin as soon as you pass through security. Put your carry-on bag on the conveyor belt after your bin(s). Put wallets or other important items on the bottom of the bin so it is hidden from view. It is oftentimes very crowded and it would be easy for someone to reach in and grab it.

Children ages 12 and under do not have to remove their shoes, jacket, or hat when going through security checkpoints.

Loose lithium batteries are not permitted in checked bags. If they are installed in a device, they can be transported in either your checked or carry-on bag. Loose batteries should be packed in your carry-on bag.

At some smaller airports, the security guard may hand you an “Expedited Service” card and tell you that you do not have to remove your shoes. Be sure to hold onto the card and give it to security as you exit. Some people made the mistake of sticking it in their bin, which caused them to go through an additional screening since they did not take their shoes off.

Do Not talk openly about terrorist groups or joke around about possible terrorist activity or spreading of diseases:

If you do, you may quickly find yourself surrounded by security and detained. You may be forced to miss your flight and risk being arrested. One woman did so at the airport and was quickly surrounded by eight officers. Her carry-on items were searched, and she was escorted away. I’m not sure where she ended up.

Limit what you carry through the airport:

When you are traveling from a wintery cold climate to a warm one, you do not want to be toting around a big heavy jacket and boots. Pack those items in your checked luggage and wear a lightweight sweater or jacket. Also, limit the number of items you carry so you are not encumbered as you hike through the airport. That reduces the possibility of accidentally leaving items behind. Pack your snacks and camera in your carry-on baggage rather than in a separate bag.

Empty your pockets of spare change or knives, remove your belt, and remove any large jewelry prior to entering security:

Before going to the airport, check your pockets and purse to make sure you didn’t forget items that could be confiscated (like pepper spray, scissors longer than four inches, knives, change, hand soap, etc.). The lines were being held up by people that had to remove these items and toss them.

Put your belt and jewelry in your carry-on bag and put them on after you go through security. 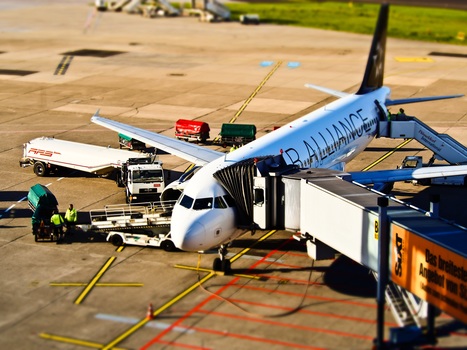 There were some travelers that had a carry-on bag, a laptop, a purse, another cloth bag, and a camera bag. They were stopped by the airline attendant and told they could only have a carry-on and a personal bag. They either had to cram these items into their carry-on bag or go back to the counter and check the additional items as checked baggage. They had to pay the checked baggage fee and did not have access to those items on the plane.

Remove items you will be using on the plane (book, iPod, Kindle, etc.) from your carry-on bag prior to boarding:

Have your boarding pass in hand when boarding the plane and wait until your section is called: 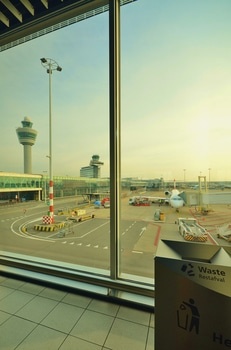 Airlines will generally board passengers with special needs or those with small children first. They then call First Class passengers followed by rows. Some airlines may board from the back of the plane forward or go by boarding numbers or sections that are listed on your boarding pass.

Many flights charge for snacks and meals and these can be expensive (i.e. $7 on up). Plan in advance and bring snacks for longer flights. On many flights, you will receive soft drinks, juice, coffee/tea, or water for free.

Drink plenty of fluids during your flight:

Many travelers experience problems from becoming dehydrated during flights. These problems can sometimes show up a day or so after they land. Examples include cold sores, sore throats, sores in the mouth, headaches, etc. Drinking water or juices are better for you than soft drinks or alcoholic beverages. These types of drinks will dehydrate the body and can make you feel uncomfortable.

By being prepared in advance and knowing what to expect, the traveling portion to and from your destination can be a pleasant one.  You spend several hours at the airport and on the plane, so with a little planning, you can enjoy that time as well! 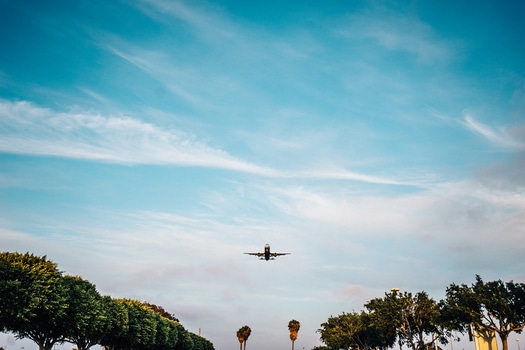